Xanthan gum is a polysaccharide with many industrial uses, including as a common food additive. It is an effective thickening agent, emulsifier and stabilizer which prevents ingredients from separating

Xanthan Gum is a polysaccharide, derived from the bacterial coat of Xanthomonas campestris, used as a food additive and rheology modifier, commonly used as a food thickening agent (in salad dressings, for example) and a stabilizer (in cosmetic products, for example, to prevent ingredients from separating). It is produced by the fermentation of glucose, sucrose, or lactose by the Xanthomonas campestris bacterium. After a fermentation period, the polysaccharide is precipitated from a growth medium with isopropyl alcohol, dried, and ground into a fine powder. Later, it is added to a liquid medium to form the gum.

BiosynthesisSynthesis originates from glucose as substrate for synthesis of the sugar nucleotides precursors UDP-glucose, UDP-glucuronate, and GDP-mannose that are required for building the pentasaccharide repeat unit. This links the synthesis of xanthan to the central carbohydrate metabolism. The repeat units are built up at undecaprenylphosphate lipid carriers that are anchored in the cytoplasmic membrane. Specific glycosyltransferases sequentially transfer the sugar moieties of the nucleotide sugar xanthan precursors to the lipid carriers. Acetyl and pyruvyl residues are added as non-carbohydrate decorations. Mature repeat units are polymerized and exported in a way resembling the Wzy-dependent polysaccharide synthesis mechanism of Enterobacteriaceae. Products of the gum gene cluster drive synthesis, polymerization, and export of the repeat unit.

One of the most remarkable properties of Xanthan Gum is its ability to produce a large increase in the viscosity of a liquid by adding a very small quantity of gum, on the order of one percent. In most foods, it is used at 0.5%, and can be used in lower concentrations. The viscosity of xanthan gum solutions decreases with higher shear rates; this is called shear thinning or pseudoplasticity. This means that a product subjected to shear, whether from mixing, shaking or even chewing, will thin out, but once the shear forces are removed, the food will thicken back up. A practical use would be in salad dressing: the xanthan gum makes it thick enough at rest in the bottle to keep the mixture fairly homogeneous, but the shear forces generated by shaking and pouring thins it, so it can be easily poured. When it exits the bottle, the shear forces are removed and it thickens back up, so it clings to the salad. Unlike other gums, it is very stable under a wide range of temperatures and pH.

In foods, xanthan gum is most often found in salad dressings and sauces. It helps to prevent oil separation by stabilizing the emulsion, although it is not an emulsifier. Xanthan gum also helps suspend solid particles, such as spices. Also used in frozen foods and beverages, xanthan gum helps create the pleasant texture in many ice creams, along with Guar Gum and locust bean gum. Toothpaste often contains xanthan gum, where it serves as a binder to keep the product uniform. Xanthan gum (when sometimes not made from wheat—see Allergies for gluten-free allergy information) is also used in gluten-free baking. Since the gluten found in wheat must be omitted, xanthan gum is used to give the dough or batter a “stickiness” that would otherwise be achieved with the gluten. Xanthan gum also helps thicken commercial egg substitutes made from egg whites, to replace the fat and emulsifiers found in yolks. It is also a preferred method of thickening liquids for those with swallowing disorders, since it does not change the color or flavor of foods or beverages at typical use levels.

In the oil industry, xanthan gum is used in large quantities, usually to thicken drilling mud. These fluids serve to carry the solids cut by the drilling bit back to the surface. Xanthan gum provides great “low end” rheology. When the circulation stops, the solids still remain suspended in the drilling fluid. The widespread use of horizontal drilling and the demand for good control of drilled solids has led to its expanded use. It has also been added to concrete poured underwater, to increase its viscosity and prevent washout.

In cosmetics, xanthan gum is used to prepare water gels, usually in conjunction with bentonite clays. It is also used in oil-in-water emulsions to help stabilize the oil droplets against coalescence. It has some skin hydrating properties. Xanthan gum is a common ingredient in fake blood recipes, and in gunge/slime. 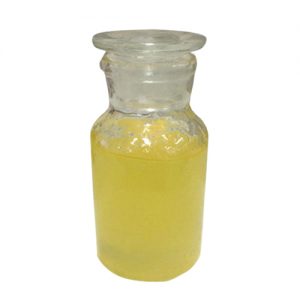 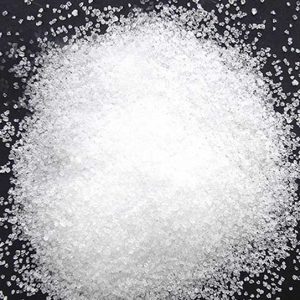 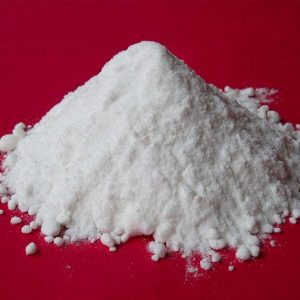 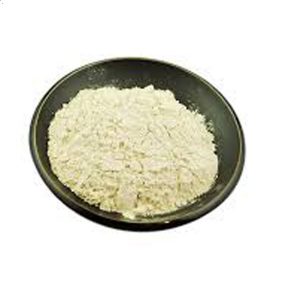 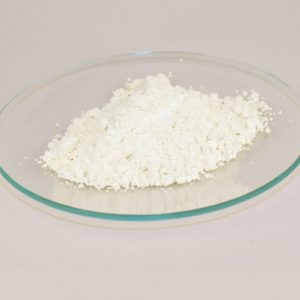